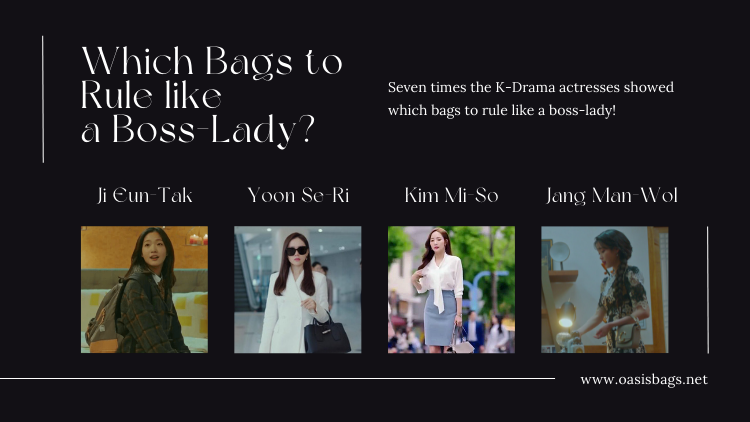 In recent years, it has been found that Korean fashion, food, music, and especially dramas are getting increasingly popular all throughout the world, be it BTS’s Dynamite or writer Song Jae-Jung’s W- Two Worlds Apart, or something as simple as the Korean ramen with kimchi. While the dramas are being recreated and every country is trying to make its own version, fans are creating their own K-pop versions on YouTube frequently, showing their love.

It will be not an exaggeration if it is said that the minute a Korean actress uses something in the dramas i.e a makeup product, a kitchen appliance, or even something as regular as a sanitary pad, every girl, be it from Korea or from the overseas jam the stores to buy it. One particular accessory that (all thanks to the famous Korean drama actresses) are getting heavily purchased all around the world is bags!

Be it any k-drama you watch, whether it’s ‘’My Love from the Stars’’ or ‘’It’s Okay to not be Okay’’, it doesn’t matter how rich the leading actress is shown, how successful she is in her life, her character will always be spotted with at least one beautiful handbag. And in some cases, she doesn’t have to be rich to feature a luxurious bag! For an instance, even if secretary Kim mi-so was the sole earning member of her family and ran around helping her boss with his every single need in ‘’What’s wrong with Secretary Kim?’’, living off instant ramen, and staying at a small rented apartment to pay her family’s debts, she was still caught carrying a lavish handbag in one of the scenes!

If you are a fan then you must have noticed that almost every K-drama is basically a lush wardrobe exhibition in secret. Are you planning to get hold of a beautiful bag? Have no idea which one to purchase? Now is the time to take inspiration from the fashion queens Ko Mun-Yeong from It’s Okay to not be Okay, Jang Man-Wol from Hotel Del Luna, Yoon Se-Ri from Crash Landing on You, and others in this list!

Following this ultimate guide, you will be able to make up your mind by the end of this blog! 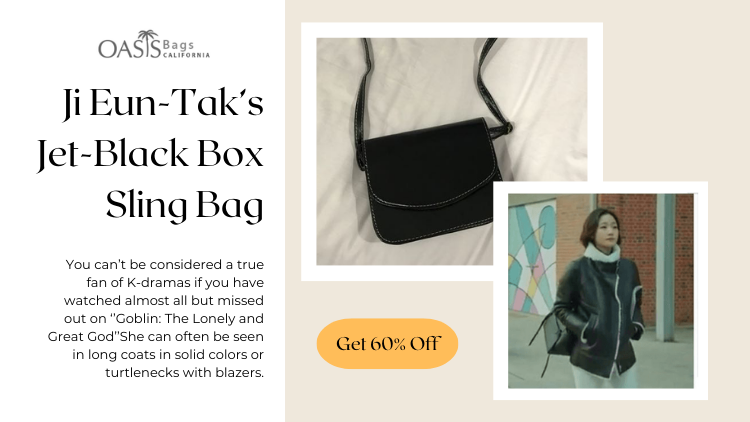 You can’t be considered a true fan of K-dramas if you have watched almost all but missed out on ‘’Goblin: The Lonely and Great God’’. In it, Kim Go-Eun plays Ji Eun-Tak, the ever-cheerful teenage orphan who becomes the bride of Goblin. She can often be seen in long coats in solid colors or turtlenecks with blazers. In one intense scene with the Goblin, she sported a jet-black box sling bag which drew the attention of many. It is a great choice if you have a love for neutrals! 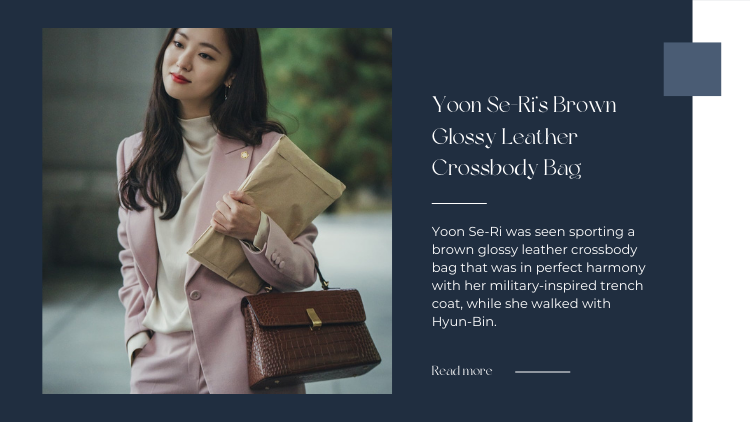 Son Yeo-Jin in ‘’Crash Landing on You’’ showed that nothing can make your life more dreadful than when you make a paragliding mishap. In this drama when Yoon Se-Ri, the pretty South Korean heiress accidentally ‘lands’ in the life of the North Korean army officer, trouble ensues.

In one of the scenes, she was seen sporting a brown glossy leather crossbody bag that was in perfect harmony with her military-inspired trench coat, while she walked with Hyun-Bin. Because of its texture and color, this particular piece is a must-have when you are thinking of going out on a casual trip. 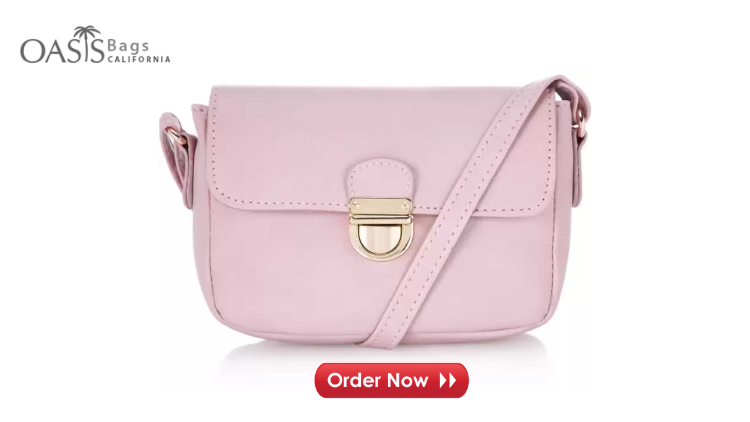 Throughout the drama, ‘’What’s Wrong with Secretary Kim?’’ Kim Mi-So played by Park Min-Young, wore only light and soft colors, so it is only fair when she is spotted carrying a beautiful small blush pink sling bag in one of the scenes where she is seen engaged in a conversation with her boss and his elder brother. Grabbing one, you can also rock it with a smooth satin shirt and crisp pencil skirt like Mi-So to your workplace!

Nobody can forget the sweet but crazy Veronica Park in ‘’The Secret Life of My Secretary’’, played by actress Kim Jae-Kyung. Every time she came up with her signature line, ‘’Nice to meet you, I am Veronica Park’’ she was hilarious with her accent and body language. In one of her scenes with her boyfriend Ki Dae-Joo, the black mini crossbody bag was noticed and bought right away by many female viewers. Often available in different colors, you can also carry one when out with your girl gang. 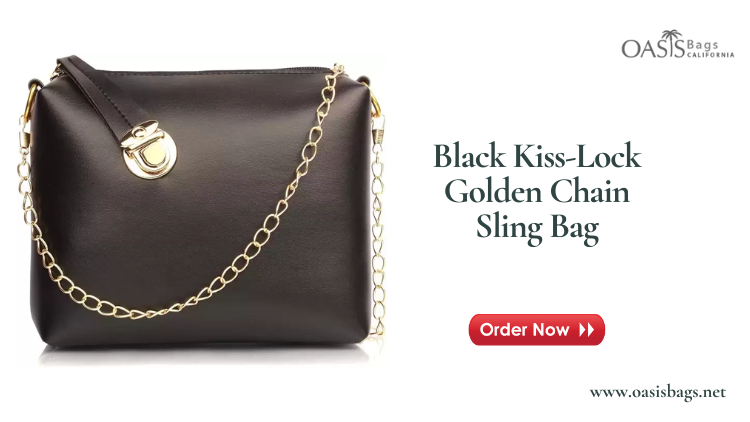 If black is your favorite color and your type is kiss-lock then make sure to get the one that Ko Mun-Yeong or actress Seo Ye-Jin displayed in one of the final scenes when she went to meet her mother in Prison in ‘’It’s Okay to not be Okay’’. Don’t underestimate yourself, as just like how it suited the children’s book author with its hardware and elegant gold chain, it will make you look gorgeous too when you carry one to a weekend dinner party. A tip here would be to make sure you follow her lead and wear something matching in black and gold print!

Check the Latest Catalog and Get 60% Off

One of the dramas and the lady that has been gaining attention lately is ‘’Vincenzo’’ and Jeon Yeo-bin. Playing a shrewd lawyer, Hong Cha-young, when she gave the glimpse of a stylish tan pouch bag in the drama, that she partnered with her all-black pantsuit, she proved that her wardrobe is a cool collection of sophisticated accessories. Oh no, you don’t need any excuse to get this one.

Leaving out Jang Man-Wol from the list will definitely be a crime. When singer IU played the mysterious 1000 years old money-loving hotel owner in ‘’Hotel Del Luna’’, she undoubtedly won thousands of hearts not only in Korea but in other countries as well. Just like her capricious nature, there is a certain whimsical touch to her outfits that she carries in the entire drama, and in one of the scenes, the crisp white mini hand-held bag just added to her matching attire. It’s the perfect piece to take when you have plans to go with your boyfriend on a lunch date.

The Undeniable Importance Of Tote Bags In A Woman’s Life! 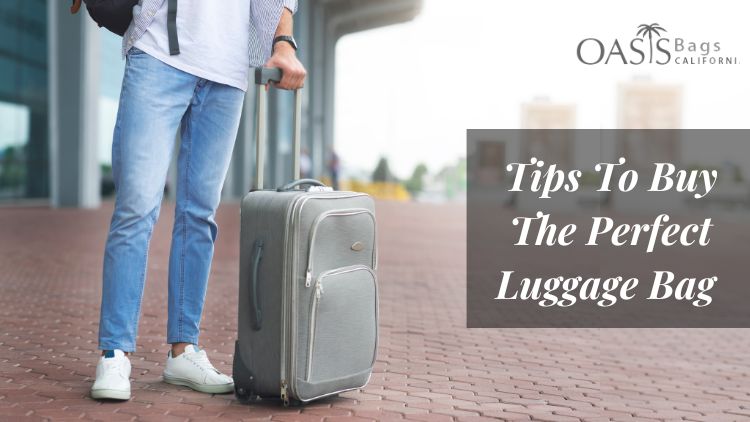 Handy Tips To Buy The Perfect Luggage Bag For Traveling 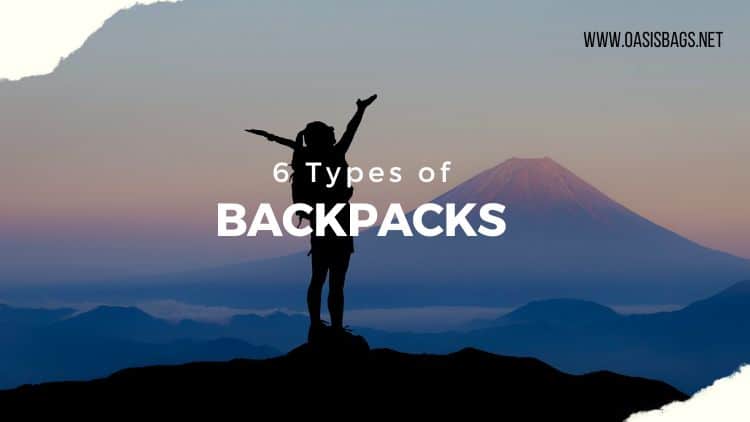